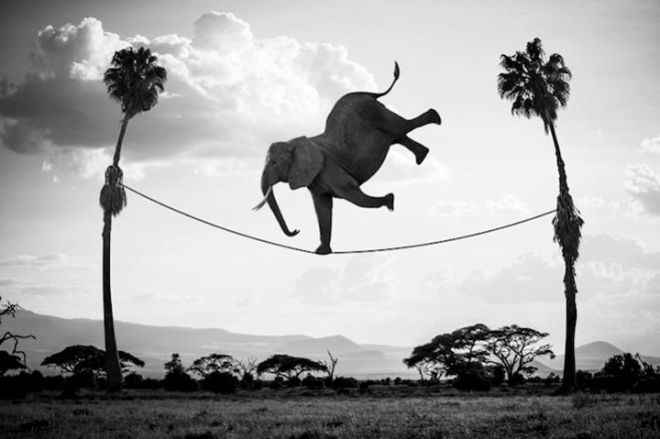 Growing up I was well aware that my family came from a different place. Anyone we associated with was Albanian. The food we ate was Albanian. The way we walked, talked, and dressed, was Albanian. Before I was old enough to go to school I hadn’t grasped the concept that I could have friends who weren’t family. The idea that I could interact and relate to people who didn’t come from where I came from was far fetched.

The day came when I would enter pre-school.  I would be shoved into the world, quite literally. In NYC a pre-k class looks like every skin tone possible and sounds like every accent out there. In true Albanian fashion my mother made sure that my two other cousins were in my class so we naturally stuck together. Eventually though, I had to learn that these kids, who came from all places on the globe, were me. These were my peers, the generation that I would be apart of. Having the advantage of a young and pliable mind, I of course was able to grow into being comfortable with everyone…but I was still inclined to feel a bit disconnected.

Through the course of my life I’ve gotten familiar with the terms “oh I’m Albanian.” “Its an Albanian thing” “only Albanian people do this”. I’ve also gotten equally comfortable with “you American kids” “its because you’re American” “only Americans do that”. The limbo of cultures in my life could leave anyone confused. I am both an American and an Albanian though, so whats the excuse for my actions? It’s hard to find a healthy balance when living somewhere that your parents weren’t raised. The Albanian culture that almost all of our parents are so glued to is nothing like the one we’re growing up in. The times have changed, that goes without saying.. but our times, places, and people have changed.

In my house we didn’t speak English, frankly if I answer my father in English to this day he is offended. I remember being surprised when my peers at school told me that it was the only language they spoke. To me it was so natural knowing other languages, normal even. My mother didn’t give us chicken nuggets after school, I got fresh bread with feta cheese and tomatoes. As I got older and all of my peers started to join clubs and after school activities I would always rush to the lot for my mother to pick me up. In my parents culture, there were no after school activities, and they got along fine so why should I need ’em? Instead, I would rush home to do my homework and if I was lucky my mother let me help her knead bread for dinner (when she was home)

Middle school hit me like a tornado. Ah, the year of 6th grade. The sweet age of 10, (normally you start it at 11 but I’ve always been a year younger than my classmates). This was also the year that my family moved to Pennsylvania for a little bit. Our house up there was huge, with a pool, 3 acres, and all the finishings you could have wanted plus a better school system compared to NYC. I remember 6th grade being the year of change. Not only was I going to a whole new school, I didn’t have any of my cousins that I was so used to clinging to there with me. I started that year and hated not having anyone “like me” in school. Every time I  tried to explain to someone where I was from they’d ask “Oh so you’re not from NYC you’re from Albany?” to which the trigger for my right hand would tick in my mind. So here I was, isolated…but not exactly. I was completely surrounded by people just like me, who grew up in my country, who spoke the same language, but I still felt a little bit different..

All the girls in my classes started to pass notes about the boys, dye their hair, change their clothes, express themselves in a sense. I remember everyone “coming into their own” as they say. At lunch everyone sat with their new found clique, the girls and boys would gossip, laugh, lunch it out. I was such a loner that year, I didn’t exactly know how to let go of these preconceived notions of friends and family. I started to fully grasp that everyone is different. These “rules” that I was always told to follow because its proper in Albanian tradition didn’t exist in America..and after all I would be an American. I started to feel left out of the activities that my peers were enjoying.  Living and thinking like I was back at home in the mountains wasn’t going to make me a happy person here. I did not come from that place, I came from here. I started to discover myself. I started making friends that I wanted to come over my house. I started listening to all types of music to see what I liked best. I started behaving like a normal American pre-teen.

My family wasn’t exactly too happy about this.. I distinctly always remember my mother saying to me “Je ka lazdrohesh” which in Albanian means you’re acting fresh, a little too wild, a little too comfortable. But what exactly was I doing that was wrong? Everyone my age was doing the same things I was. Still I wasn’t allowed to do half the things they were. Attending school dances, having a sleep over, having a boyfriend, all absolutely out of the question for me. I wouldn’t even bother asking my parents to do half the things my friends were doing, I knew it just wasn’t allowed. These activities were designated for “american girls” only, and I “wasn’t an american girl”

Throughout my awkward years I had to find a balance between Albanian and American. I knew that I wasn’t exactly like the kids I grew up with, but I also knew that I wasn’t like my cousins back home either.  The rebellious stage of my life started pretty young. I was resentful that my parents and brothers expected me to be this person held to so many standards. I didn’t want to be some pristine Albanian barbie. Boy oh boy did that cause a stir in my family. I cant tell you guys how many cell phones I’ve gotten taken away/broken, how many ass whoopings I faced, or how many nights I’ve spent locked in my room not allowed to do so much as watch TV. I laugh at all these things now but at that point in my life all it did was make me angry. I started to hate being Albanian.

We moved back to NYC and I was back to the people “like me”. Gone were the days of feeling as if I didn’t have a place. My first day back and I was already at a full lunch table with every Albanian at school. It was just so easy, each of us already knew each other from growing up in the same community. We always seemed to just flock together,  birds of a feather! All of us just got it, why we were all so macho, why we all defended our pride, why we all had to be home before babi, why we all hung out with each other and each other only. It just worked.  This was good because growing up in the NYC public school system, you’ve gotta either have thick skin or have people protecting you. Thankfully I had both.

By the time my later years in high school came around I had broken in my family. I had two older brothers who did the job of tiring out my parents, and with my brothers being a bit older they didn’t worry about me so much. Don’t fret though, there were a LOT of people concerned with my actions a whole lot more than my immediate family. Albanians, unlike Americans, give a fuck about your every move. Anything a little bit out of the normal is national news to Albanians. You’ve gotta admit though, Albanian women (girls teens mothers and everything in between) are typically bored. The ladies generally don’t work, they’re usually bored with their home life and have nothing better to talk about than other people. The girls aren’t allowed to be themselves, so in an attempt to either entertain or live vicariously through the people they’re talking about, any move you make might as well be announced. I never cared much for what anyone had to say, my family included, I guess it was the American in me.

Cultural differences have and always will play a big part of my life. There are sweet and sour parts of both. When I was younger finding a balance proved challenging, with the added weight of trying to find myself it was exhausting. Eventually we all grow into our own. You realize that the experience of being an Albanian or an American is not the definition of you. The subtle things like not taking my shoes off in an american friend’s house have become second nature. Speaking to my parents in English has now become normal, though my father still looks at me weird. I think nothing of having a cheeseburger for dinner and tellumba (Albanian sweets) for dessert. Its natural. Its normal. Its the American-Albanian way…

2 thoughts on “Do I even belong here?”